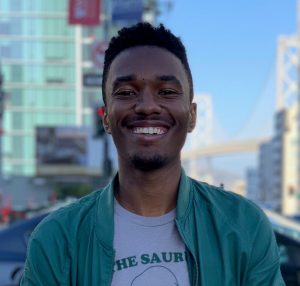 Ernest Hammond III is Associate Counsel at Uber. A native of Illinois, Ernest was raised on the south side of Chicago. Having attended the University of Florida on a full merit-based tuition scholarship, he graduated from college with a B.S. in Psychology. After college, Ernest immediately entered law school at American University’s Washington College of Law in Washington, D.C. After his first year of law school, Ernest transferred to Washington and Lee University School of Law where he earned his JD and served as a judicial extern for the Honorable James R. Swanson of the Roanoke County Circuit Court. He also served as the Director of Corporate Relations for the Mid-Atlantic Black Law Students Association. An experienced contracts attorney with a demonstrated history of working across sectors and industries including pharma, tech, and financial services, Ernest relocated to the Bay Area in 2017 to work for Stanford University School of Medicine before transitioning to a biotech company specializing in immuno-oncology therapeutics. In his current role at Uber, Ernest supports a wide variety of commercial transactions and provides product counseling to key stakeholders on a range of legal issues. Ernest is a devoted follower of Chicago sports teams as well as the Florida Gators’ basketball and football teams. He passionately enjoys playing tennis, traveling, fighting for social justice, and mentoring high school and college students.